"Only the one who is addressing
to the old, able to open
new, is worthy of being a human. "
Confucius

Welcome to the only theater of historical costume in Central Asia, where you will find an unforgettable immersion in the world of bright colors and historical images.

One of the main gifts of the Hellenes to humanity is the theater. That is, the art of public acting.

The theater is a kind of witchcraft created by living people on the here and now stage. Each performance has its own soul and handwriting. And how much is hidden behind the scenes far from the viewer's eye, it is hard to imagine.

The main value ​​of any nation is its centuries-old culture. It is culture that unites spiritually and constitutes true wealth. The Uzbek ethnographic heritage is rich and diverse.

In our theater you can get acquainted with the life, philosophy, customs and traditions of the region's inhabitants from ancient times to the present. The theater presents costumes of various historical periods, which became the annals of the life of our ancestors. Original historical outfits in the language of color, shape, ornament and drawing will reveal the hidden secrets and beauty laws of the folk costume and immerse the viewer in the magic of the enchanting East.

All the important pages of a turbulent history will come to life. You will find a riot of colors and images of the alluring East, magnificent costumes, soulful music and choreography. Immerse yourself in the whirlpool of our ancient and rich history.

In the popular performance “Along the Silk Road”, where the costume demonstration is complemented by choreography, the public is presented with images of ancient Scythians - Saks and Masagets, fire worshipers, Persian and Sogdian rulers and nobles, a large collection of colorful costumes of the Timurid era, as well as costumes from various regions of Uzbekistan.

The costumes have been recreated as historically accurately as possible from the collections of the leading world museums in the Hermitage, the Milan Museum of History, the British History Museum, the Royal Institute of Arts and History in Brussels, the Institute of Oriental Studies of the Russian Academy of Sciences, the Academy of Sciences of Uzbekistan, the bas-reliefs and frescoes of Persepolis, Afrasiab, Penjikent, and ancient Behzod’s miniatures and historical chronicles Shah-Name, Bobur-Name, Zafar-Name. When sewing costumes, rough fabrics, hides, leather, silk, velvet, brocade, and handmade fabrics were used. To date, the theater has created more than two hundred unique costumes.

From time immemorial to the present day people have been dancing - on holidays or just on free evenings, having fun at ease or participating in a ceremony.

Many centuries ago, dances could be seen both in rural squares, where peasants were spinning to the sound of homemade instruments, and in the lush palace halls, accompanied by trumpets, or an entire orchestra...

Most of these dances in one form or another have survived to our time. Of course, they are very different from each other depending on the country in which they were born, on the time when this happened, on who performed them and where.

With all the differences in styles, genre diversity and variety of performing manners, the general character of the Uzbek dance is very defined: it is distinguished ed by the exact rhythm, precise tread, expressiveness of hand movements, where the elaborate system of movements of the hands, feet and hands makes the dance unusually expressive.

The performance consists of 12 theatrical fragments, episodes. Fragments of various musical works were used as the musical background in the program. This includes classical national music (nai, gidzhak, dutar and doira), a medley of oriental melodies performed by foreign performers and musicians of Uzbekistan. The current “sound effects” are also used - the sounds of nature, historical battles, the clang of swords and even the stamping and wheezing of horses.

You have a unique opportunity to plunge into the ancient history of our glorious land, to feel the unshakable spirit of the Sak and Massaget warriors, to feel the power of the legendary Persian dynasty of the Achaemenids, to witness the procession of ambassadors to the court of the Sogdian ruler Varkhuman. A warm breeze will blow you from the fans of Korean and Chinese dancers, light and graceful. The frantic, incendiary lazgi dance and original Uzbek wedding will not leave anyone indifferent.

The theater is located in the center of Samarkand in a historical building and seats 100 spectators. The theater has a cozy coffee house with the best coffee and desserts in the city. There is free Wi-Fi.

Visit the theater of the historical costume of El Merosi and feel like a piece in the turbulent whirlpool of our great history. 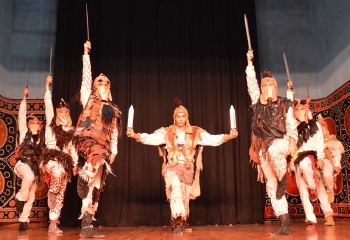 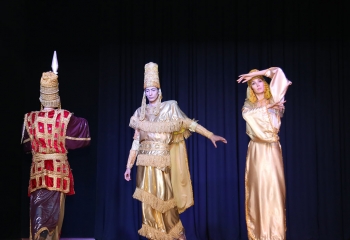 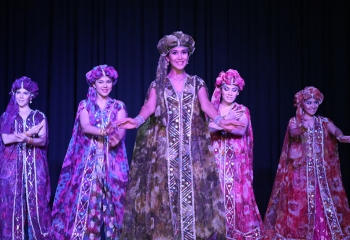 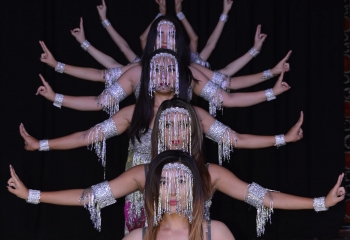 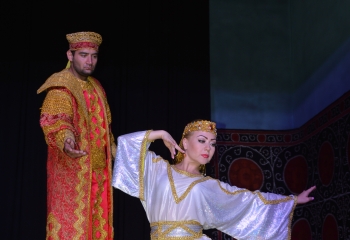 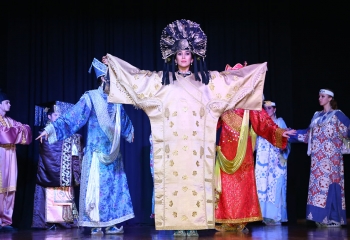 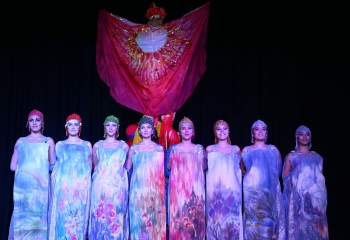 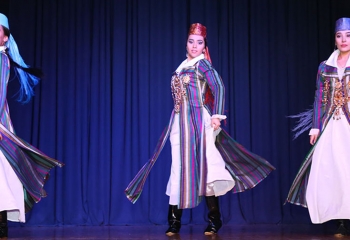 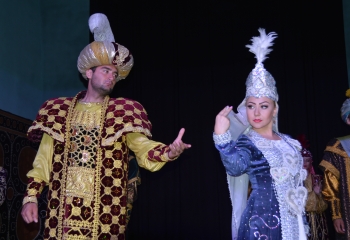 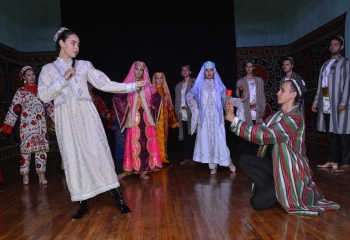 Made with love by Joline. All rights Reserved.